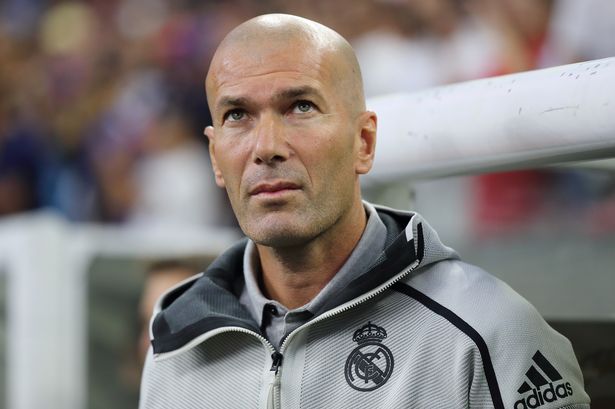 Zinedine Zidane has been branded “a disgrace” by Bale’s agent after the Real Madrid boss’ comments about the Welsh winger would leave the Bernabeu “soon.”

After the Wales international was left out of Saturday’s 3-1 International Champions Cup defeat to Bayern Munich in Houston, bale did not hold back.

Head coach Zidane said, “Bale wasn’t included in the squad because he is very close to leave Real Madrid, we hope Bale leaves Real soon, it would be best for everyone”. The club is working on his transfer away from the Bernabeu imminently to a new team this summer.” Zidane said, “I have nothing personal against him, we have to make decisions to change things because there comes a time they must be done” Let’s what happens in the coming days.

Bale’s agent, Jonathan Barnett said: “Zidane is a disgrace, he have no respect for bale  who has done so much for Real Madrid.”

30-year-old Bale joined Real Madrid from Tottenham in 2013 for a world-record £86million fee, since Bale has won four Champions League titles and La Liga out of five tournaments between 2014 and 2018. Bale scored decisive goals in two Champions League finals, one of the most famous goals in the history of the competition’s finals in 2018 against Liverpool as well as last time Madrid winner in the 2014 Copa Del Rey final. In La Liga, Bale netted eight goals, half his total from the previous season and well below the 19 goals he tallied in the top division in 2015-2016.

Bale is still one of the best players in the world, one of the top five players in terms of market price. However in recent times, his future at the Bernabéu has been the source of speculation with like of Manchester United, Tottenham, Bayern and Internazionale are among the clubs having been linked with him.